ATTEN–SHUN! (Even Lassie came to see me. It must be an emergency.)

I have received a few nudges lately.

Yep. I’ve been lost in a world of moving house; a barrage of bills and boxes; a wilderness of wrapping. I’ve been so pooped, I can’t even alliterate for more than one sentence and ‘moving house’ doesn’t count. 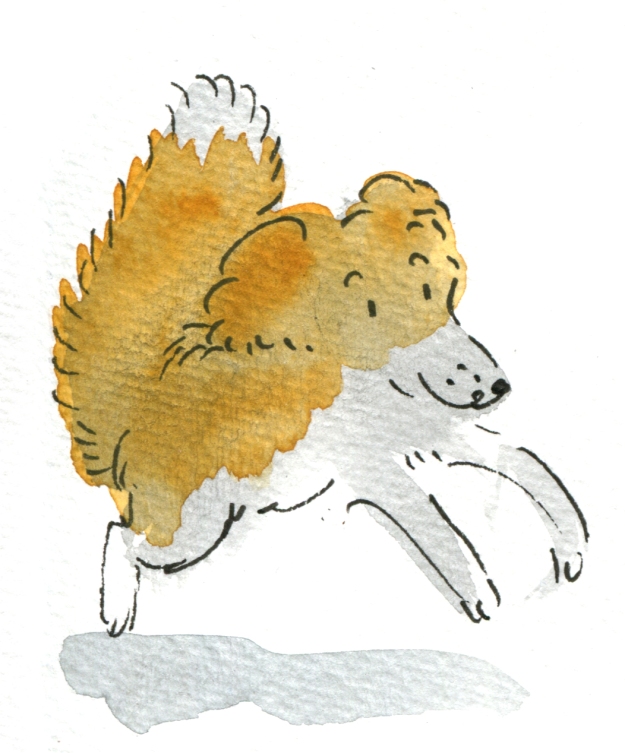 Inane Squirrel Dog running hither and thither. This is not me, you understand. NOT me.

But I’m paying attention now. I’m here. Thank you to the nudgers one and all, for hauling me out of my box… or boxes.

I visited a friend the other day and sat down to do a few harmless blobs over a very nice G&T. To make it even easier, I made them dog blobs. Dog blobs are the easiest blobs, unless you count stay-as-they-are blobs. (Chickens can do those without even trying, so with all due respect to chickens I don’t count them as proper blobs.)

In the spirit of the whole blob thing, where the blob leads the whole story every inch of the way, I promise to include each and every blob in this post, even the ones that are SO WRONG!! All blobs measure around 2-3cm across so it’s really quite impolite to be enlarging them this much. A bit like looking up somebody’s nose.

Okay, I need to get this one out there. It’s hanging over my head and it is SO WRONG! 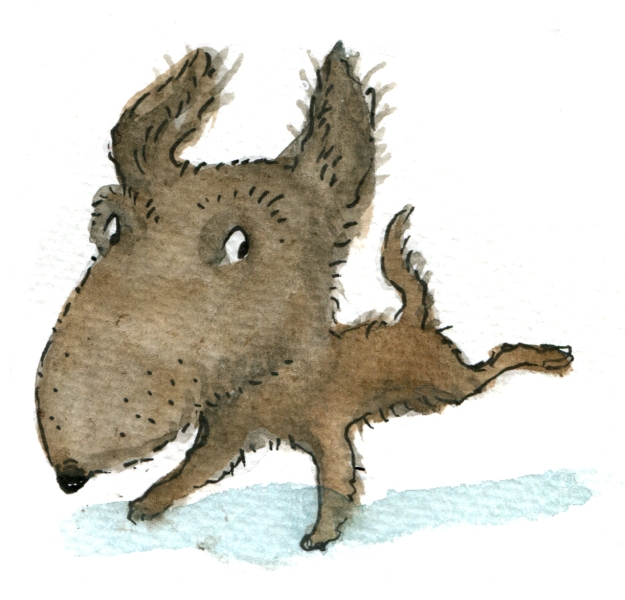 So so so so wrong!

Phew! All I can say is

THE BLOB MADE ME DO IT! 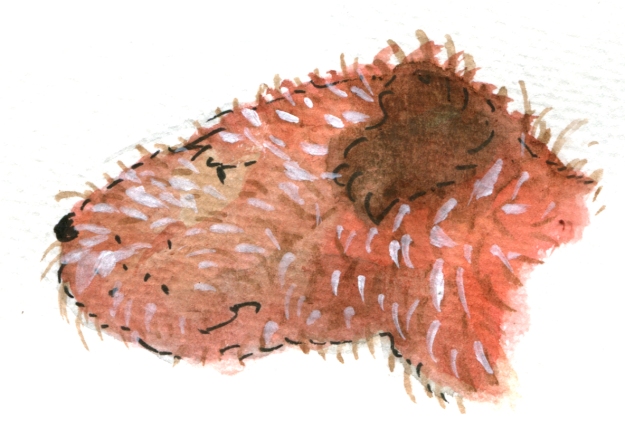 Dog breeders would say that this blob is all wrong as well. But I don’t mind him. He has a muscular, hardy look and may be useful carting boxes. 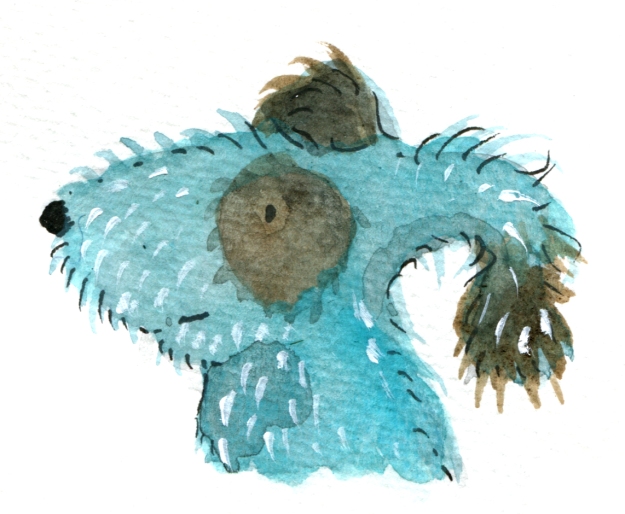 Perplexed Irish Soft-coated Wheaten Terrier born on the wrong side of the breeding box.

Being Blue-with-Brown-Spots has proven challenging for this Wheaten Terrier. It reminds me of studying the theme of ‘between cultures’ when I was at school… 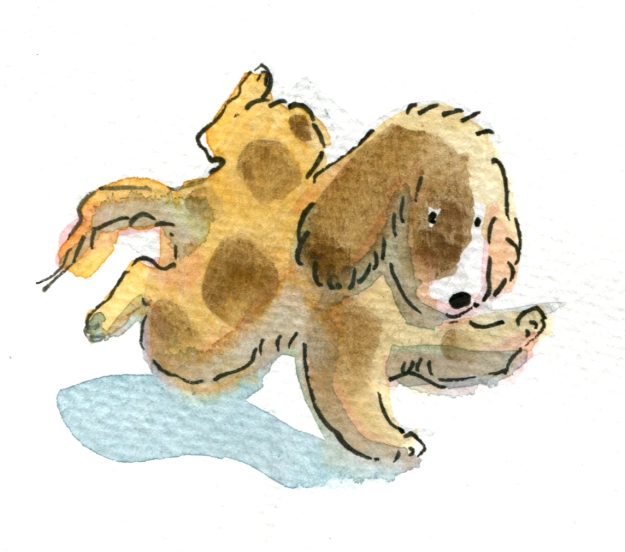 A victim of perspective 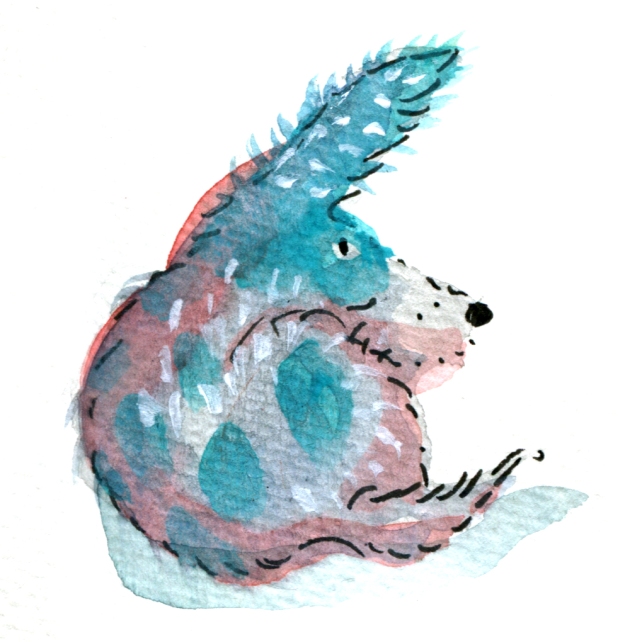 I have never seen a flop-eared dog do this before. His ear defies gravity. But perhaps Reg is in an anti-gravitational chamber and is practising to become a space dog. Luckily these days space dogs get to come down to earth again… I think. 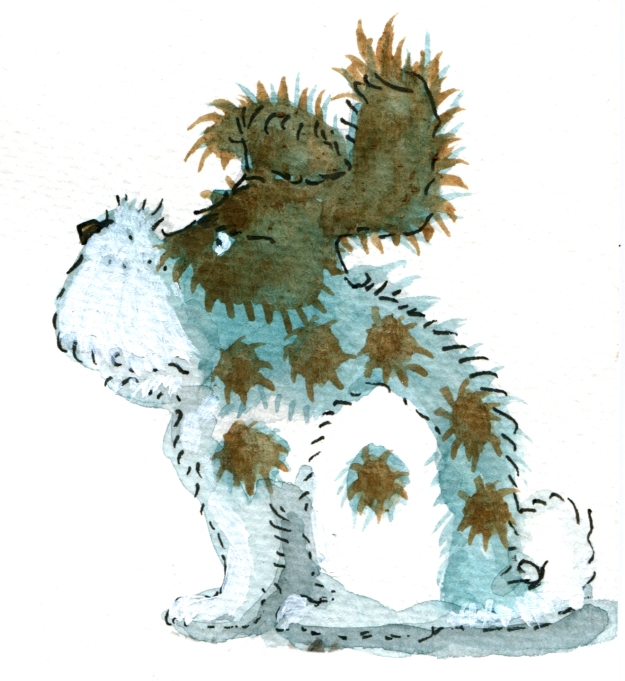 This is Graham. Graham is undergoing hypnosis treatment, but not the kind you pay for. The hypnotist is an alien who has landed in the back garden and Graham was in the process of confronting him when an eerie light was switched on and began to swing slowly backwards and forwards… After that it was all up for Graham. I hope the alien is just going to take botanical samples from the garden, and not canine samples.

Lickety-split means fast, pell-mell, gangbusters, like a bat-outa-hell… well maybe not quite as fast as a bat-outa-hell. So I think these two dogs are engaged in a contest to see who can clean themselves more quickly. They are fairly evenly matched for size and white areas, but my money is on the brown and white dog because his tongue is larger. Stands to reason. Also the black and white dog looks like he is losing his cool a bit. He may be trying to wash his tail. If I were he, I’d leave it until last and trust to it’s being black. Nobody’s going to notice. 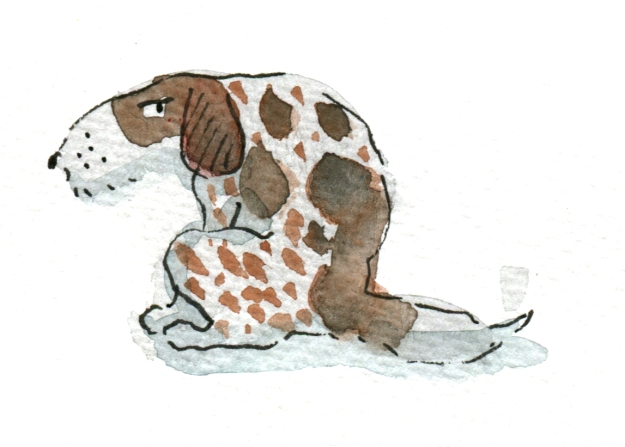 Emerson, the Blob Dog of Discontent

This blob dog is the smallest of all the blobs. Emerson was squished into the top left corner of the page. Perhaps that accounts partly for his disposition. Or, indeed he may be suffering from worms. (His posture is suggestive). But in fact, I suspect he was born this way and has been inflicting his testiness on everyone around him since puppyhood.

Even a dog biscuit would not help here.