This post is to introduce you to Camperdown Sam. During our school holiday visit to Camperdown, on our first walk into the main street we met with various delightful local animal characters.

One local was Fred (Who belongs to Ted), a dog of strongly suggestive Border Terrierishness x Australian Terrierishness, who came from a rescue centre. (And according to Ted’s wife, I am completely wrong about his breeding.) We have yet to acquire some photos of Fred with ears aloft. They were lovely. More on Fred another time.

Here’s Fred. It was hard to locate the crank handle to get him to lift his ears. These went up periodically to display neat, soft Border Terrier style ears but with tufts flying like pennants from the tips. I am determined to get a photo of those ears by any means necessary!

One was Sam. Sam looked at a distance like a small thundercloud. All furious black fluff, glaring yellow eyes, and very round. (Way too round for his own good.) But as Sam found himself being observed in his driveway, he demonstrated his highly social character by rushing over to introduce himself to us up close.

What with all the weaving, winding, and waving of his tail, Sam didn’t stand still long. At least that is the lame excuse I am giving for my poor photography. I was also stroking at the same time as photographing. 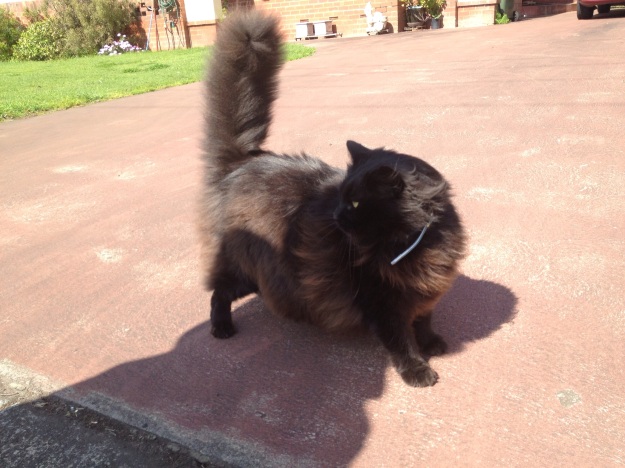 Sam in shadow – Check out that tummy, nearly touching the ground. 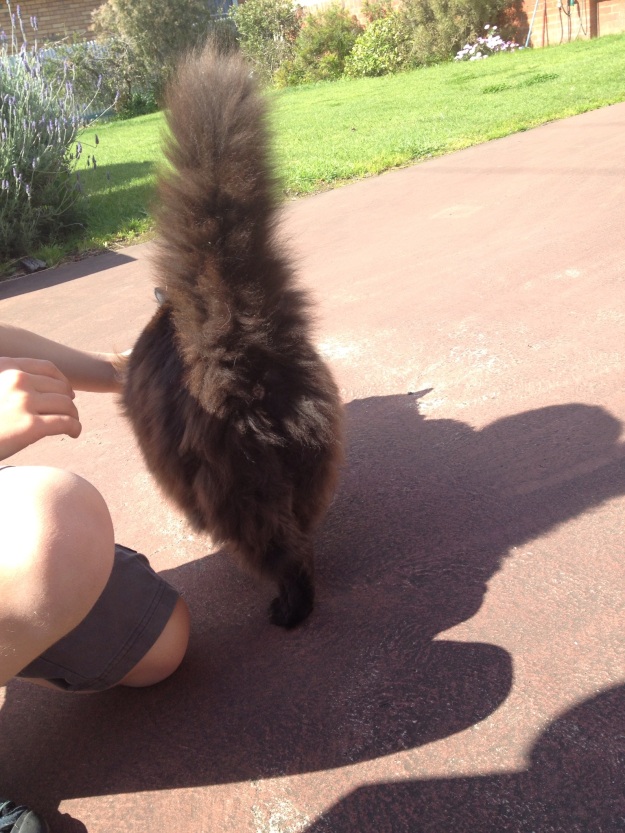 Alright, so you get the idea.

Well, I’m only just getting started on Sam. I think he’s a lot of fun to paint. He’s so inky. But I’ve other work to do first. 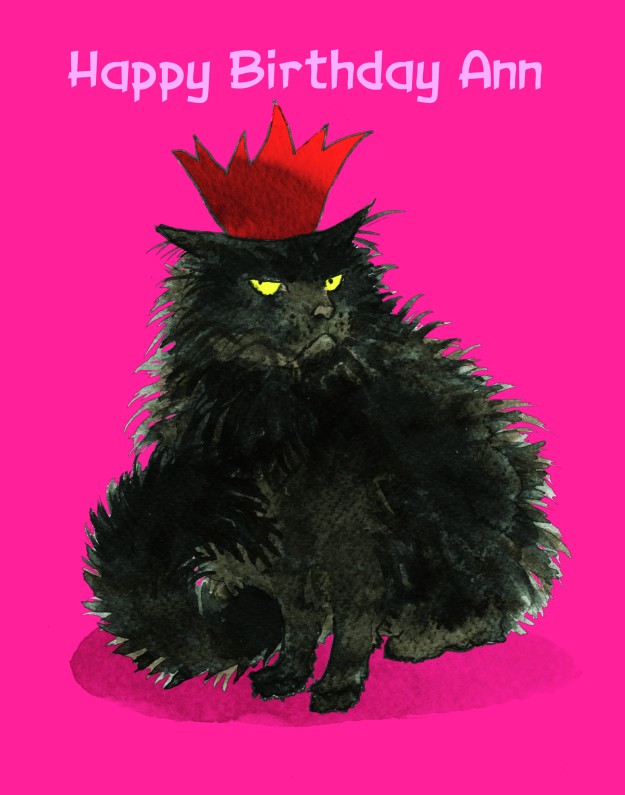 For Ann James’s birthday I did this first Sam sketch. Poor Sam has been scandalously misrepresented in temperament. But it was so much more fun to draw him as a grumpy thundercloud cat. Especially wearing a party hat. 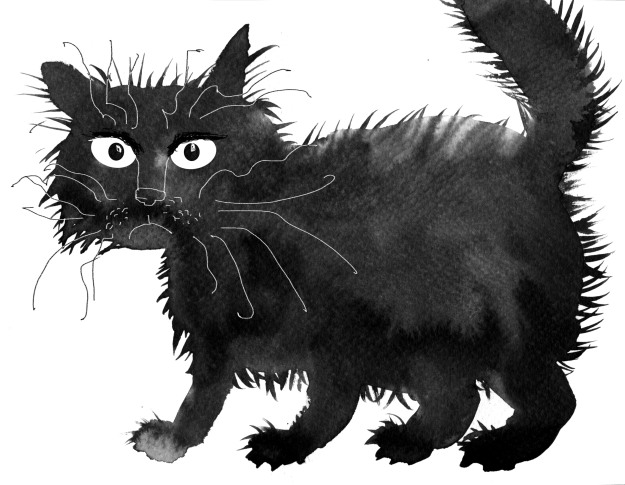 Then I did a couple of other quick ink paintings for the 52 Week Illustration Challenge (theme this week black & white… handy). This first cartoon Sam is ink with digital scribble on top. I don’t think it is a success. It could be, if I re-do the face or even just the eyes, but not at the moment. Anyway, his tail got lost off the edge of the page. Never mind. 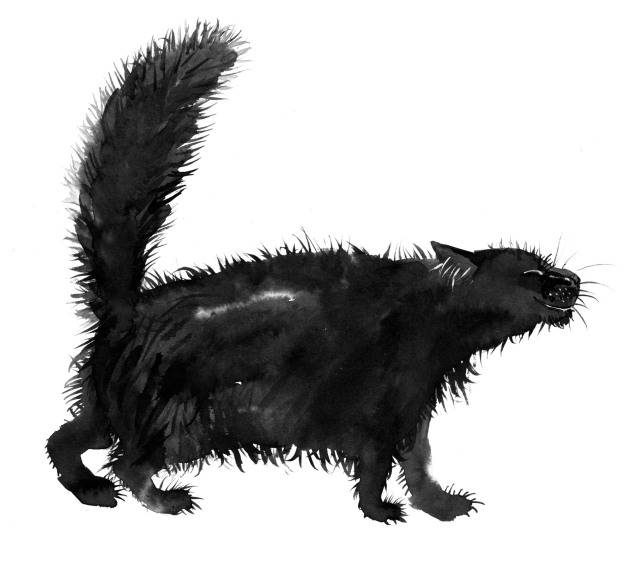 This one, I like. And here he is smiling, as Sam did in person. Note: I could have depicted them better, but I have tried to include the cute tufts of fluff that poke up between long-haired cats’ toes. I’ve made them too spiky, not clumpy enough here, so they look more like claws.

And now back to the last illos for Thunderstorm Dancing.