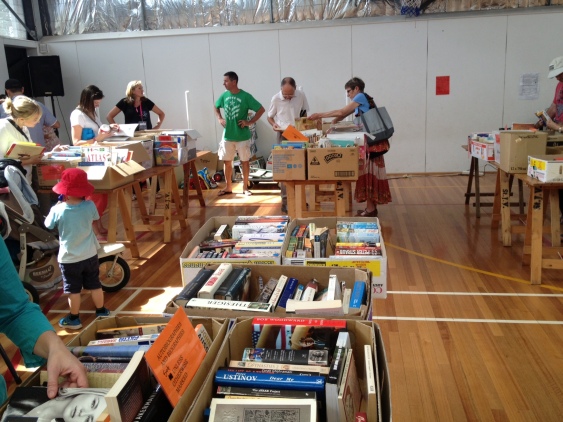 Ahhhh me! How did I cope with temptation like this at Parkdale PS fair’s book stall?

Not too badly I think… I bought a pile of books merely 31cm high; a little over twelve inches for those of you not in the metric way. (Oh and two cakes. An obscene chocolate one with smarties on the top – described as ‘hefty’ by the stall-holder as she lifted it, and chosen by Hugo who is eight years old and loves chocolate. And a very sensible and delicious lemon one, dripping with lemon syrup… also slightly hefty for its size it must be admitted and chosen by lemon-loving me. Cake stalls can be tempting too.)

But back to the books! If you consider the quantity of books on offer, it must be seen that I gallantly resisted many of them! Here is one I resisted only because I already have a copy (recommended) but I photographed it for the great vintage cover. The Giant Under the Snow by John Gordon. This story lingers in my head for its magical scenes including a wonderful episode of magical flying. What greater temptation for the child’s imagination?

Here’s one I couldn’t resist (because of the great vintage cover) Normally I don’t collect 1970s books, as it’s a little later than my area of interest, but this one was so different from the style I usually associate with Gerald Durrell, that I made an exception for its fantastical, jewel-like cover design. (Also, 9 year old Arthur is animal mad and will probably get into Durrell at some stage.)

Actually, from a quick search of the internet it would appear that Durrell’s books have taken on many differing styles over the years. His image is anything but branded. See the below thumbnails for examples. 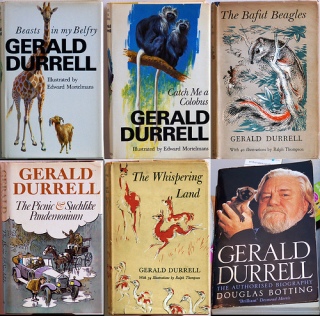 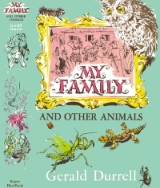 Here was a mis-matched pared-back pair of Chatterleys that I resisted. Lady Chatterley herself didn’t resist temptation, but I don’t blame her for that. The Phoenix was an interesting choice of motif for this book. The ‘unexpurgated’ edition, probably from the 70s, is a little more obvious.

But I couldn’t resist this luridly tempting classic, which I haven’t yet read.

What next? I found a bit of fodder for my current fairy tale binge. A copy of New Tales from Grimm. I’ll admit I’m not even trying to resist fairy tales at the moment. I’m a glutton for the temptation of poisoned apples and gingerbread roof tiles. (Although I’d pass on the little boy stew from ‘The Juniper Tree’ in Philip Pullman’s Grimm Tales for Young and Old, my current bedtime reading.)

The endpapers on this copy were more exciting than the cover which was lacking its dust jacket. But the internal illustrations were elegant. ‘Hurleburlebutz’ What a great name for a tale! (or a chicken?) 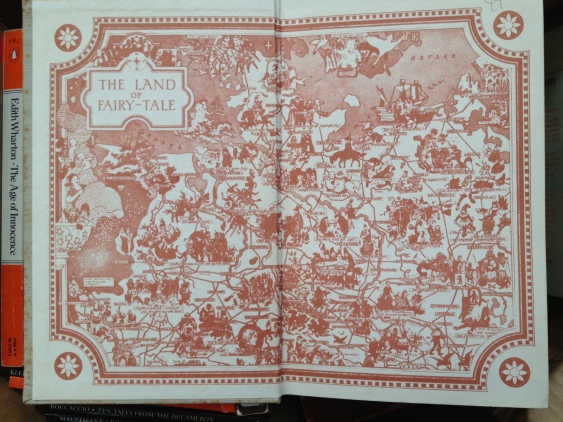 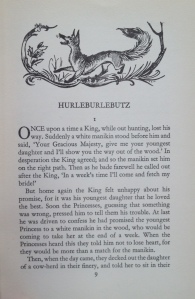 Nor could I resist this paperback copy of The Sword in the Stone by T H White. Scott and I were reading this series aloud to each other during my pregnancy with Arthur (hence his name) but our copy is a weighty tome. This one is quite appealing, and the cover illustration of Arthur (‘The Wart’) looks rather like our long-haired lad at the moment… If you’re wondering how I can tie in temptation for this one, I’ve got one word for you. Guinevere :-)

As I was heading for the door with my armful of books, ready to make my escape, I spotted one more and went back to pay for it. The Book of Cats, (View Productions 1985). The books suffers from a clumsy cover design. But the few internal illustrations are great and made it worthwhile to purchase, especially as there is now a disgruntled black cat in Thunderstorm Dancing.

I can’t tie in my cat book with temptation, so I’m going into the kitchen to eat some blue cheese. Catch you later! 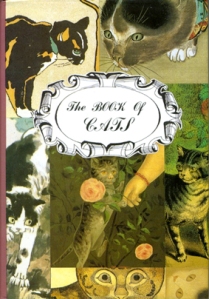 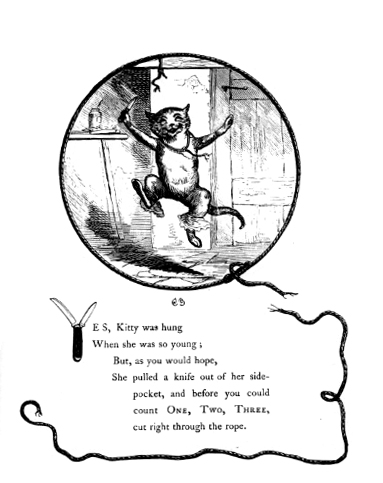 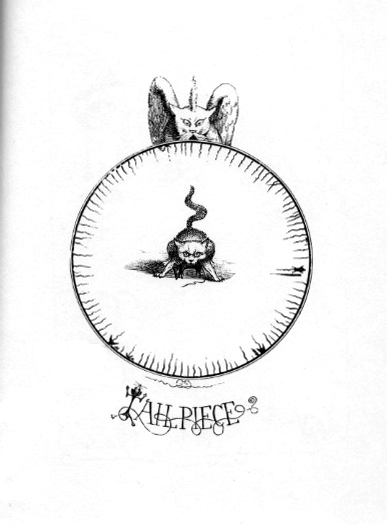