In between racing around madly organising for our auction this coming Saturday, (I refrained from using hysterical capitalisation there. Did you notice?) I have REALLY enjoyed (emphatic, enthusiastic capitalisation) doing a few character sketches for Leonard.

Leonard is the main character for my upcoming picture book with Frances Watts, to be published by HarperCollins next year. Just to put you ever so quickly into the loop, Leonard started in my head as a little fellow with a disastrously swishy tail, inspired by our Australian Willy Wagtails, who swish their tails from side to side constantly.

The colour sketch I drew for a spontaneous cover, the first day I received the manuscript

Then I found out that Frances had only one request: that Leonard be a bigger, galumphing kind of bird, and not a little tweety-bird type. So this sent me off in other directions and I did some galumphing doodles over a period of time while I was finishing Thunderstorm Dancing.

I continued with my doodles while I was travelling in Italy during April.

In the back of my mind there was a memory of a wonderful, lanky bird from Africa called the Secretary Bird. I looked him up and found him to be wonderfully elegant, wearing short black breeches to below the ‘knee’ and a fancy headdress (from which he got his name) and a wonderful set of wings for flying to bird parties.

His beak is quite different from the one I had imagined. I thought I might alter him to make him a unique bird bearing only a partial resemblance to the Secretary Bird. But as sketches continued, I found I enjoyed him very much, just the way he is. 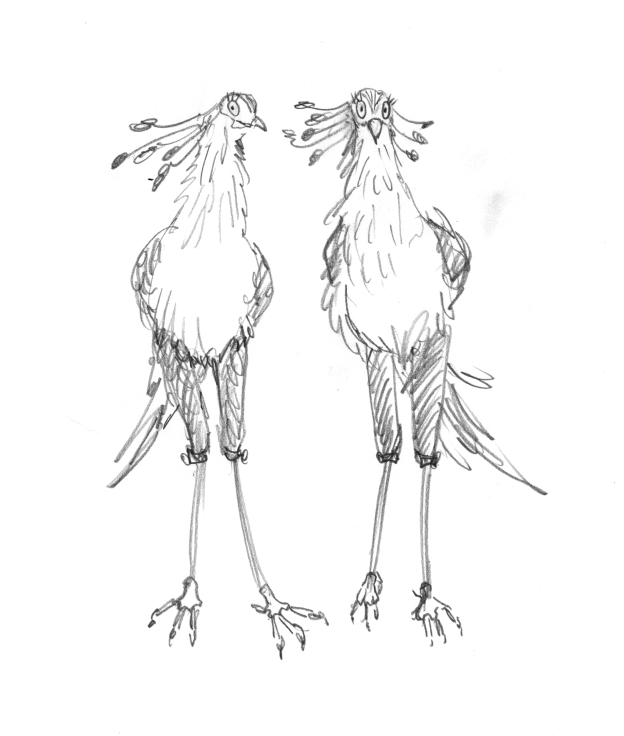 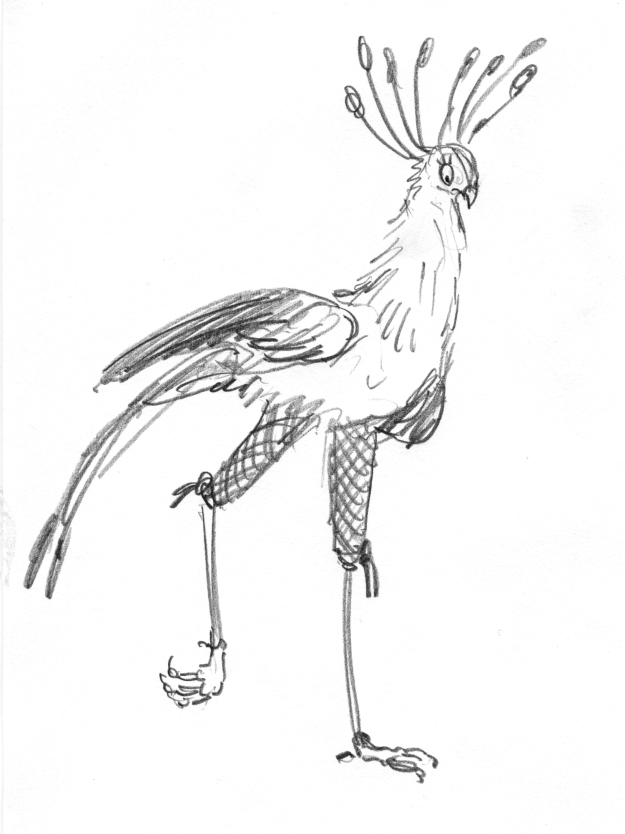 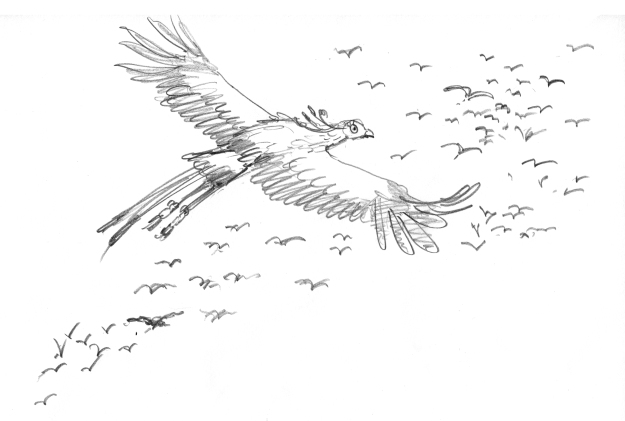 If he won’t work on the page for me with all those smaller birds, I may have to re-think him, but I am quite attached to him already.

More on this process soon, and I will tell you about the decisions about my medium.

6 thoughts on “Leonard Doesn’t Dance: A Bird of Character”