Yikes! It seems there is a lot going on quite quickly, and I haven’t been keeping up with my blog posts. By the time I find a few minutes to write, I have a backlog of several things to write about and most of them are out of date!

Ah well. One step at a time. Or perhaps one Two-Step at a time in the case of Leonard Doesn’t Dance.

I seem to remember promising to post more on my visual exploration of the bird species of Leonard Doesn’t Dance; the finch being next bird on the wire. So here they are first.

I think the page of coloured birds below was my very first page of finches. I was sketching quickly, trying to keep loose and have fun, while getting the general idea of their shape. The ink was water soluble, which bled into the very saturated colour I was using, and the effect is not so great, especially in a group. It’s a bit like an over-cooked rainbow stew. Or perhaps something that a child might create with a mud pie and food colouring…

Another notable point about learning to draw finches is their beaks. They have a particularly fierce strength about them. They remind me very much of a crescent wrench or adjustable wrench. In this first page of finches, I had not yet cottoned on to the beak thing. 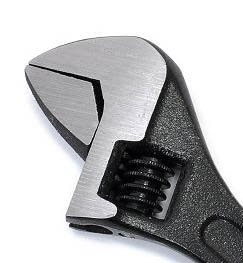 Here you see where I cottoned on to the beaks. I did a series of head sketches, playing with character, expression and finchy beaks. I was pleased with this page. I think at this point I was also pondering whether Leonard might have a little finch buddy who is a more confident dancer than he. A non-speaking role. A kind of Cyd Charisse.

I then went on to exaggerate the beak further, and added some wash over the pencil sketches. I drew this stolid fellow below. (That amused me, drawing a stolid finch.) And then the finch at the top of this blog post, who is more lively, and still with that lethal looking tool on the front.

Next up, Christmas happened! Determined to wrestle every possible bit of finch drawing out of daily life, I painted finch Christmas cards for family and friends. Using a faint pencil guideline, I avoided all conflict between watercolours and inks. 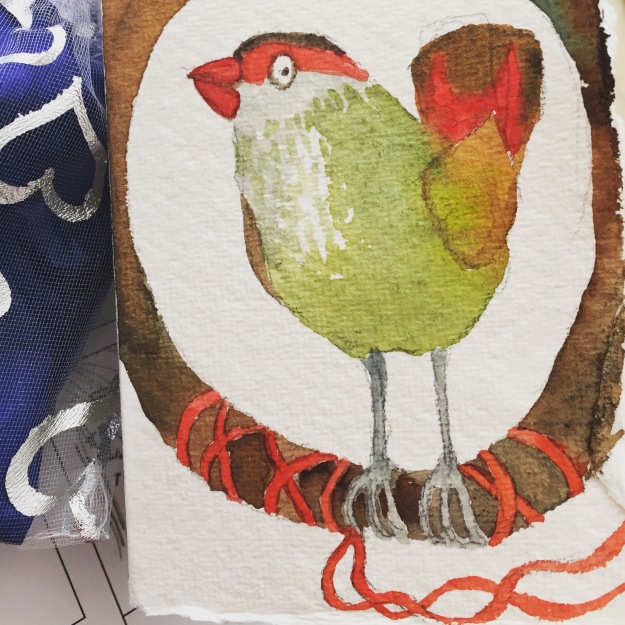 I think I liked this smiling chap best (above). You can see he came directly out of the head sketches I drew earlier.

Now we move on to another day in late January where I took my sketching materials to the yacht club to get some work done while keeping an eye on the boys in the water. I didn’t have any of my earlier sketches with me and Christmas and New Year had completely erased my memory.

I had only a very soft graphite pencil and a red pencil with me. I started by drawing this fellow, starting with the beak. He looks horribly fierce, mostly because of the dark shading above his rather narrow eye.

I had moved on from beaks and was experimenting with a simplified way of drawing the feet. I’m not really wanting to get too anatomical with my birds’ feet; I think that would become a distraction for me while drawing, and for the reader while reading. So I need to find a shorthand for them, that expresses the bird (and the dance) and doesn’t evoke a biology book.

These chaps were next.

I added red pencil over the beaks, on a whim. The red pencil did not like the soft pencil. More rainbow pie.

Euwww! Is that egg on your chin?

By this time, I was noticing that many of the finches in the reference photos sported black eye-makeup and red cheek patches. What was I to think? They looked a little clownish.

But wait! Maybe they are superheroes?

Posting these now, I notice that the clown finches have more weight on their cheeks and bodies with not much forehead; it’s a sagging, comical shape. The superhero finches have a more compact, athletic shape and more cranial space. They look speedier and sharper. I’m not sure how much of that was conscious, and how much unconscious. (…)

I was pretty comfy at the yacht club, and I continued on with some puffins (deplorable) and some woodpeckers (passable).

But enough for now!