The Prettiest Publications of the Past on AbeBooks.

In case you want something to drool over while you are drinking your morning cup of tea, check out the AbeBooks e-newsletter for this week at the link above.

By the way, a couple of weeks ago I wouldn’t have known what this book was. Now, I know a little about Charles Lamb whose life was an interesting one, because I have read Anne Fadiman’s book ‘At Large And At Small: Confessions of a Literary Hedonist’. I’m so glad I did! It is a really wonderful read.

If you crave more delicious book covers after you’ve drooled over that lot, make another cup of tea and go over here.

And if you’re still thirsty, here is something more contemporary and bright. You should be properly awake after that:-)

Have a great day!

I’d better tell you right now that I don’t have all the answers to this. But I have some ideas that grow (and will no doubt change) as I go along. 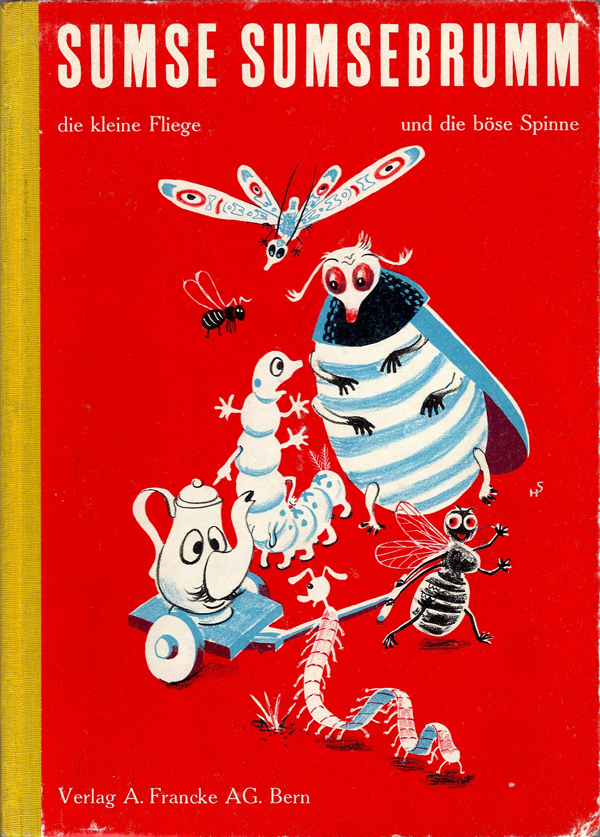 This cover is from the wonderful Will Schofield’s blog 50 Watts.

Two days ago I was working on Thunderstorm Dancing at the library. I decided to concentrate on the cover. The recurring challenge for the day was to find a clean simple arrangement of four main elements: title (longish), two creator names, two leading characters in upbeat active pose (is that really two elements?), suggestion of approaching storm preferably including a big, dark cloudy area.

1. Book covers are a lot like posters. The main thing is simplicity. The brain can’t take in (or rather can’t organise and process into the short term memory) more than a certain number of ‘chunks’ of information at one time. So you have to organise and limit your chunks and try to get your tonal contrast to help you with this.
2. You need a clear hierarchy of information. Don’t let your illustration and your lettering get into a battle over the top billing. This is a common problem, I find, and was my biggest challenge the other day.
3. Title Lettering is important. Hand lettering is nice if you can do it well. Sometimes skilful typography is as good or better.
4. Striking that fine balance of using a formula that works but also avoiding cliché! Tricky
The perfect number of ‘Chunks of information’
George A. Miller has provided two theoretical ideas that are fundamental to the information processing framework and cognitive psychology more generally. The first concept is `chunking’ and the capacity of short term (working) memory. Miller (1956) presented the idea that short-term memory could only hold 5-9 chunks of information (seven plus or minus two) where a chunk is any meaningful unit. A chunk could refer to digits, words, chess positions, or people’s faces. The concept of chunking and the limited capacity of short term memory became a basic element of all subsequent theories of memory.
Hierarchy and clarity of text with illustration.

A good arrangement. I was happy with this. No fighting. (Although inside the book plenty of fighting between characters) 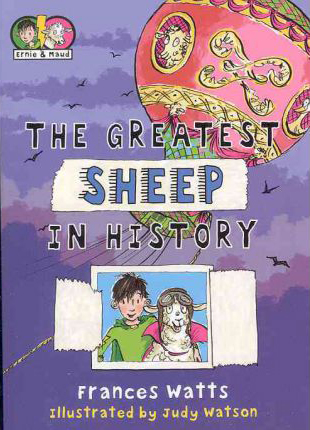 This is a favourite book of mine but not my greatest cover design. The lettering is fighting with the balloon and it could end in tears.
Title Lettering
There are some hand lettering examples here and some are pictured further down.
Cliché
Sometimes making certain that something will work well, means taking the safe route. And that’s not really what art is about, and it doesn’t help us to grow in our abilities, nor our courage. So if there’s a new, exciting idea that works, and doesn’t look like something we have all have seen 300 times before, that is probably better. If your deadline is tomorrow and you have a headache, that might be another matter. Go for the cliché but do it well.
Well, how did I go with my work? Most of the chunks on my cover designs were getting in each other’s way. I needed them to work as a team. I needed a coach, with a whip and a carrot and another carrot or maybe some chocolate. I didn’t have a coach, so I did the next best thing. I went and sat in the children’s picture book section (not to suck my thumb) and went through two shelves pulling out any covers that I thought worked.
These are not necessarily the pinnacle of book covers. They just happened to be the ones on the B and D shelves that seemed to work. At a guesstimate, they amounted to about 2% of the books. A lot of the books fell into the trap of the Greatest Sheep in History with text and illustration fighting to the death. Some were just outdated looking but not in a good way. A lot of the successful ones were older classics like Babar and Madeline, and they also provide great examples of the use of hand lettering. I’m not posting any of the not-working ones, because I’m not here to knock anybody else’s stuff, only my own :-) So here are the books from the B and D shelf that worked for me (some better than others).

Great contrast and clarity but still has texture and painterliness.

A complicated image, but still clear to take in. Possibly helps that the book is HUGE.

A contemporary style. I might have skipped the white drop shadow on the title text. I love the texture on the bird and the string and how the string leads us to the title.

Also a copy, but so completely delicious! look at that colour contrast and all that ‘white’ space! 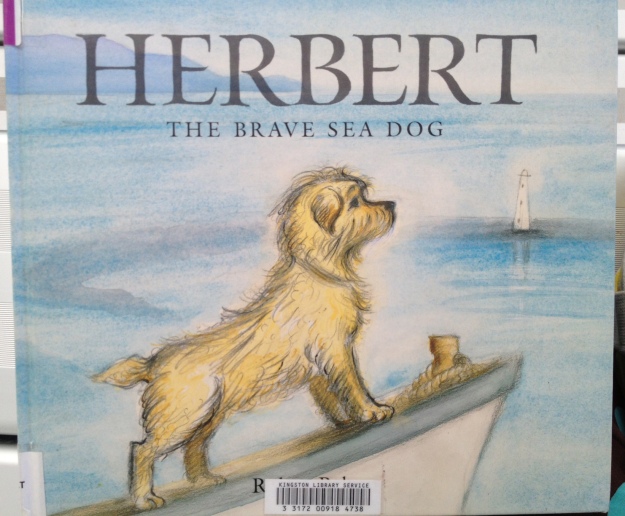 This might have been helped by a bit of extra contrast somewhere, but they’re going for soft and that’s okay. It’s not ground-breaking, but one of those tried and true working formulae. 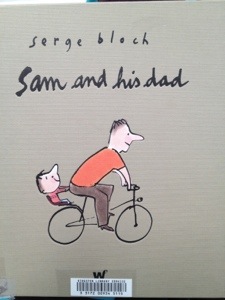 Perfection. Again, a re-hashed concept. See the latest reprints of Goscinny & Sempé’s Nicholas books (Phaidon) for something very similar. But it’s so good, why not? This book, by the way, is a divine thing. It is like a meshing of Sempé and William Steig (Pete’s a Pizza). I’m buying a copy.

So that was my work day at the library. Yesterday I got home from an appointment to find a parcel on my doorstep with a book by Kang Woo Hyon called ‘Point Story’. Reading that clarified my book cover thoughts even further, with regards to simplicity, contrast and the beauty of the painter’s mark. So I am filled with ideas to move forward now!

From ‘Point Story’ by Kang Woo Hyon from NAMIbooks.

Sorry this was so long (and WordPress seems to be cramping all my paragraphs together. That’s not a good look).